Another Year, Another Idea

It has been well over 1 year since my last post to this blog. Was it a forgotten place? Yes of course, just like most items you find in your brain if you stop and think about it.

I recently visited a family that was dealing with Alzheimer's within the family. I can relate, similarly my father had dementia.  As a kid I just thought all this stuff was "old age" . One thing I noticed that helped me differentiate between the two, even though I may be completely incorrect or even  a little bit unsure, is that with dementia you just stop remembering and with alzheimer's you would vividly remember your childhood but forget what you just did.  Regardless of which the person has, it becomes very hard for family to be able to care for. In most cultures you may keep this within the family as more than one generation may reside together. Therefore it may become a natural transition.

I hope to provide a more active role, providing what I hope to be able to provide you with some 'light reading' throughout these posts.

Within my day to day life I try to find some part of it listening to podcasts. It is much easier for me to do this when I am travelling or at least commuting some place. No Agenda which runs just over 3 hours an episode twice a week on Thursdays. The other Thursday is actually Sunday. Confusing? Maybe a little. This is because when you first listen to it without really knowing any backstory with either Adam or John you can be swayed to believing this is something you would enjoy.  Others will say they are both Trump Supporters. But in all fairness, they are two people that have lived their lives within the media, whether it be within Radio, Television, Newsprint, they have covered it all. I appreciate this as I too come from this field.  But it becomes quite apparent they are Trump Apologists.. yet again they really aren't. In fact if you think about the way Trump went about his advertising spending during the first election, it was almost non-existent when you compare to what other candidates spent. This is because Trump knows how to use the media. It doesn't matter if it was negative or positive towards Trump, if it is was in the news that meant people were thinking about him (and would cause many to cringe out loud and other-No Agenda Listeners to shout out "orange man bad").  The simple truth is when you have such an influx of media, as it now comes from everywhere, most carry their phone in one hand and have become 1  handed for everything else. Take a look the next time you are in a store.  I can't stand watching from my car seat while waiting at a crosswalk for people to actually look up and walk across this intersection that should take less than 10 seconds and I should think much less than 30 seconds if it was longer than 10. But isn't that 30 seconds worth your life? Not to mention you may have walked down that street every day, twice, on your way to your home. So the trip may have become somewhat redundant.. but it doesn't have to be!

When you think about it, the time it takes to take that 'mental snapshot' each and every time you walk across that new street or walk through an entrance.  That being said, that mental picture you may have just taken, go ahead and take one with your camera as well.. then be sure to take advantage of all technology to back that shit up!  I personally and professionally use Backblaze (insert graphic here or just click on it and you will be able to install it for free. They give you 14 full days to essentially get all your data backed up to your 'safe deposit box in the sky'  (I haven't patented that and don't even know if it is but feel free to use it)..

I hope these readings will help you at some point in your life just as I have utilized my shortcuts and implemented them by actually remembering them long enough to write about them.

For that, I highly recommend Evernote (another shameless plug since I pay for these services and do not get them for free). That being said, they have raised their rates just as backblaze has done since they have been around for more than 10 years. I look at that as being mature enough of a company that has provided me with services of the nature where I paid to go to the full or 'pro' version which typically removed the ad banner at the bottom or top of the screen and sometimes would provide additional services or storage size. Although Backblaze did ad Business platforms and other services besides the set-and-forget backup service, their rates have only ever gone up once. Starting with $50/year USD for unlimited data. About a year ago they just raised that to $60 per year USD. Trust me when I say it is still worth it! Not only did the price go up which is always a downer to the person paying it, but the services and performance of these services got better!   Evernote, although their pro services (at least one tier up from the free version) is worth it as it provides seamless sync of any notes you may create and want access to later.  I think my only complaint with Evernote happened when they added a different plan and then changed the legacy plan somewhat which caused me confusion when it automatically renewed, which was another pet peeve for me was the lack of notice prior to it renewing, like most reputable subscription platforms will do like Netflix, YouTube/Google.  Reputable doesn't take much more than that courtesy email you might get before they gladly renew your subscription.  This is another issue in the tech industry as their own numbers become weighted by IPO's .  Advertising means not being able to speak badly about whomever it is paying you money to stay alive. 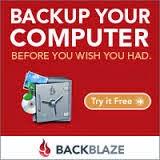 Popular posts from this blog

3 Million Views Of My Photos!

December 13, 2020
I recently came across the notice that my user account settings needed to be adjusted back to 'default' settings.. this meant 1 down from the top of the ladder whereas I normally run it on the 3rd rung from the top or the first rung from the bottom. This is to prevent the constant (and annoying) pop up, since most everyone would just click YES or whatever the default was because some are even too lazy to notice and just click on the enter/return key. So by changing this to the first rung I have still implemented that Windows built in security still take part. This is a key as simply turning this to off will invalidate other "areas" within the operating system that you may want to be monitoring.  In this instance, the software was quite old. Or at least it was built on old framework.. as in Windows 95 era. The reason off-hand that I would think this was the case due to the fact that it did not have a security key from microsoft but if invoked it would provide the info
Read more